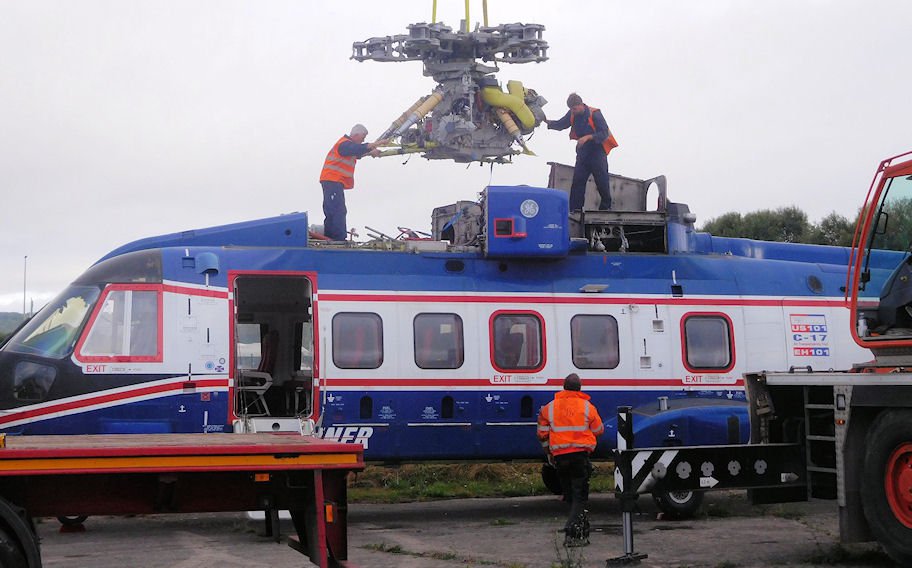 EH101 Heliliner PP8 G-IOIO/ZJ116 arrived at The Helicopter Museum on 23rd August 2022 from Hendon where it had been displayed at the RAF Museum.

The Heliliner is the civilian version of the EH101, and was designed for commuter and offshore operations capable of carrying 30 passengers and baggage in airline comfort.

It first flew at Yeovil in 1990 and has now joined EH101 prototype PP3 already here at the Helicopter Museum.

The Heliliner was transported to the Museum by road. The rotorhead and gearbox were removed for transport. The first task was to crane lift and fit them back onto the top of the helicopter.

A few weeks later scaffolding was erected and a Museum team of volunteers set about the task of re-installing the airframe components and panels. 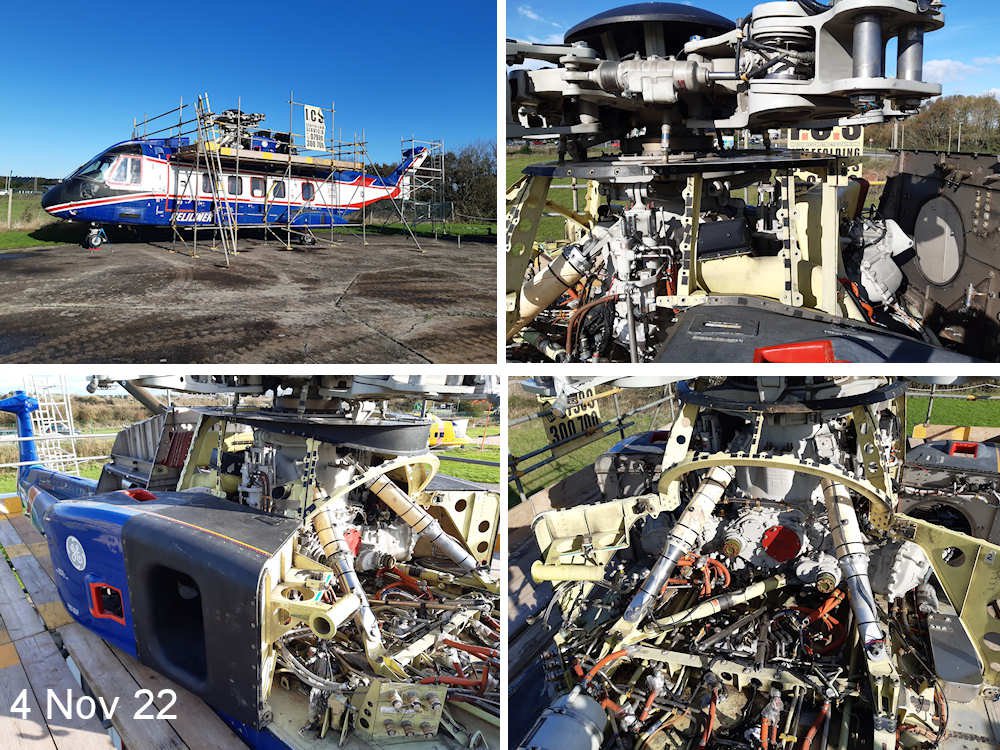 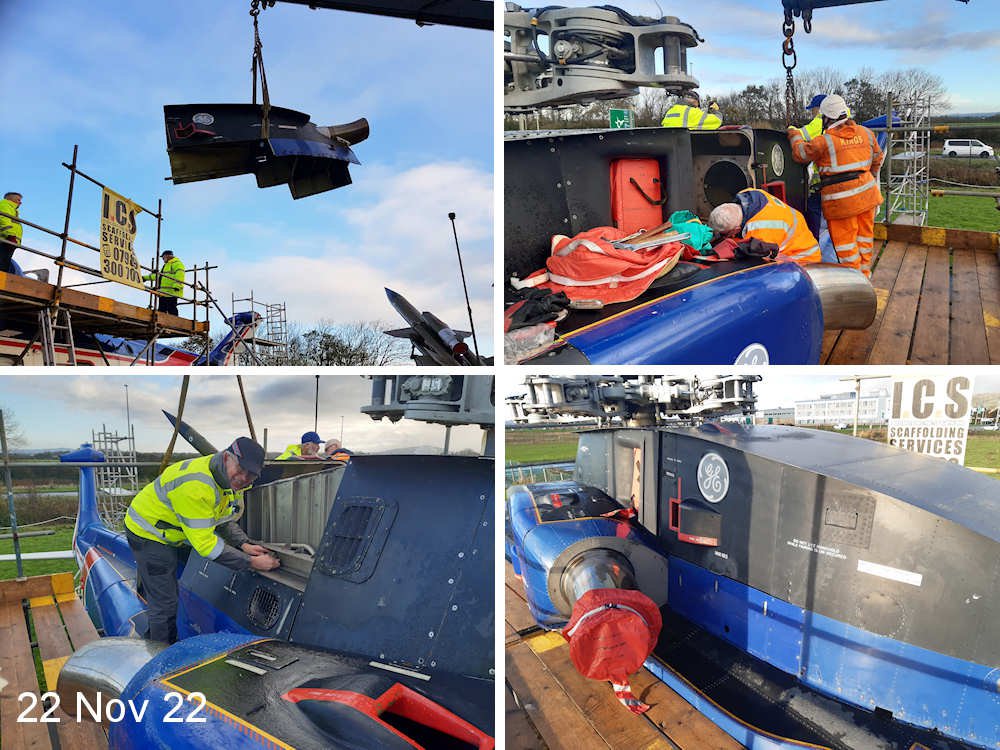 Clive, Bryan, Simon, Steve and Roger in front of the Heliliner

The Heliliner is currently temporarily displayed outside the Helicopter Museum until the planned new hangar is complete.