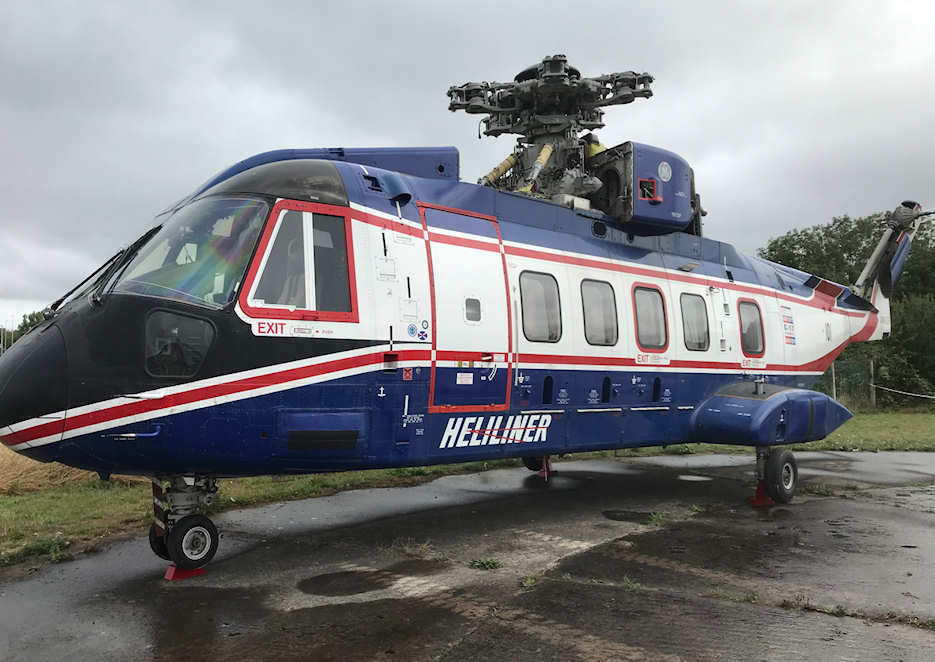 Note: The Heliliner civilian version of the EH101 was designed for commuter and offshore operations capable of carrying 30 passengers and baggage in airline comfort.

Details: Prototype of the SRS300 Heliliner civilian version of the EH101 which as the military AW101 Merlin is in service with the Royal Navy, RAF and various overseas customers. First flew at Yeovil on 24 April 1990, and was shown that year at the Farnborough Air Show in Sept 1990 as G-IOIO in distinctive red, white and blue colour scheme.

In 1995 it was allocated military serial ZJ116 and used for flight trials in Brindisi, Italy, before returning in 1998 for landing and operational trials based in Aberdeen for use on the Armada North Sea oil platform, 160 miles from Aberdeen Dyce Airport.

In May 99 it was attached to No. 700M Squadron, Fleet Air Arm, (The Merlin Intensive Flight Trials Unit- IFTU) at RNAS Culdrose, during which it flew demonstration flights to the Scilly Isles for British International Helicopters (BIH). In 2000 it flew successful trials by British International with a view to using it for services between Cardiff and Heathrow, but the service did not become commercial. In 2001 it was grounded after a total of 3543.15 flying hours.

In Oct 2002 it was used as part of an effort to sell EH101 to the US Military in joint Lockheed Martin/Agusta Westland Team 101 Air transportability trials at RAF Brize Norton in an RAF Boeing C-17 Globemaster C.1 transport aircraft.

It was transferred in Nov 2002 to the RAF Museum at Hendon where it was displayed before arriving at The Helicopter Museum on 23 August 2022.