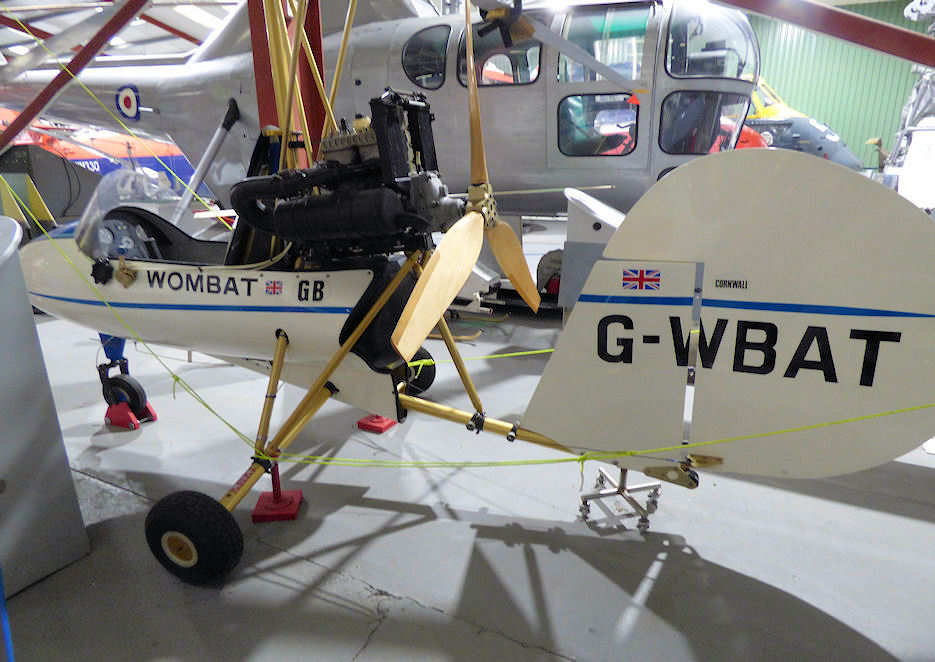 Details: The Wombat light autogyro or gyroplane was developed by former speedway rider Chris Julian from the Bensen design which originated in the United States. Julian used his engineering experience as a gyroplane pilot to introduce a series of improvements including a more powerful three bladed wooden pusher propeller, aluminium alloy rotor blades and air frame, and a monocoque composite cockpit enclosure.

A restricted permit to test was issued by the Civil Aviation Authority on 4th November 1991 and flight trials began at St. Merryn airfield in Cornwall. Thereafter the aircraft was flown intermittently until May 1997, when Julian was killed in an unrelated gyrocopter accident at Kemble, Gloucestershire.

Ownership of the Wombat then passed to Mark Harrison, a resident of Brecqhou in the Channel Islands, who became the registered owner in July 2000. However he eventually abandoned plans for further development and donated this one-off prototype to The Helicopter Museum in July 2013.