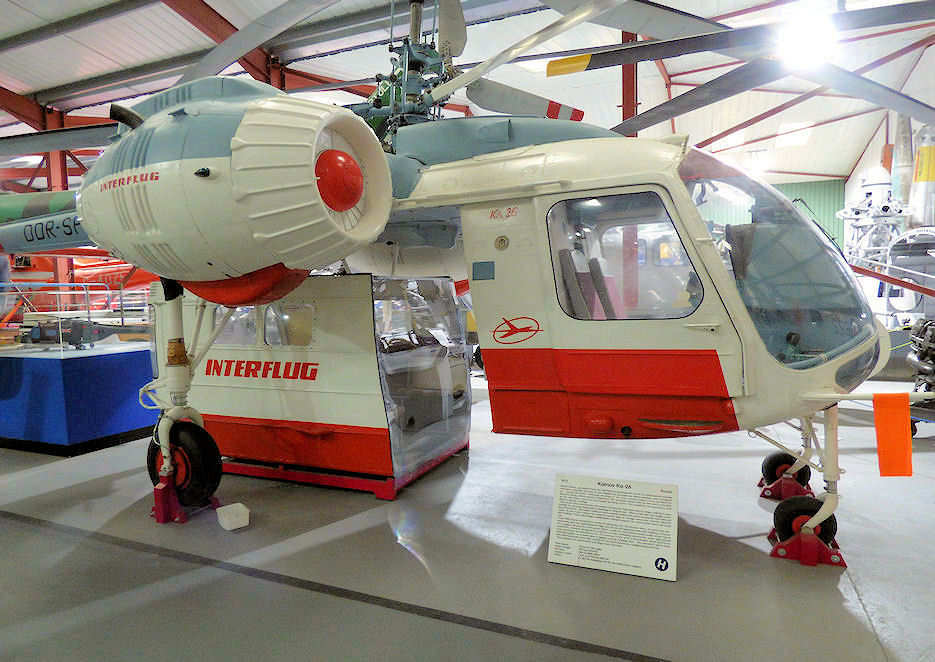 Details: Nikolai Kamov specialised from the mid 1940s in development of the co-axial contra-rotating helicopter, whereby two sets of rotor blades are mounted one above another, each turning in opposite direction. Although the drag of the rotor system makes it less suitable for distance flying, where speed is important, this principle means that no tail rotor is needed as the two rotors cancel out any torque spinning effect. This simplifies the mechanics and allows a shorter fuselage.

The system also concentrates the power in lifting the helicopter and its cargo, making it more suitable for carrying slung loads or hovering for long periods. With no tail rotor the design is also less affected by side winds, making it more manoeuvrable and easier to position with difficult loads. At sea it also reduces the need for parent ships to change course into wind for takeoffs and landings. These advantages made Kamov designs popular for construction work and naval use.

From 1952 Kamov developed a series of helicopters for the Russian Navy, to use in the anti-submarine and ship replenishment roles, but the Ka-26 departed from this tradition in favour of a rugged all-purpose helicopter which could be maintained easily under often harsh conditions. Cleverly designed for a variety of roles, including construction work, agricultural crop-spraying, air ambulance etc., it could be fitted with a detachable cargo platform, chemical hopper, or a small cabin or simply used as a flying crane. This versatility led to more than 600 being built, from 1965, mostly for use within Russia and neighbouring countries.

This example was operated by lnterflug in East Germany.