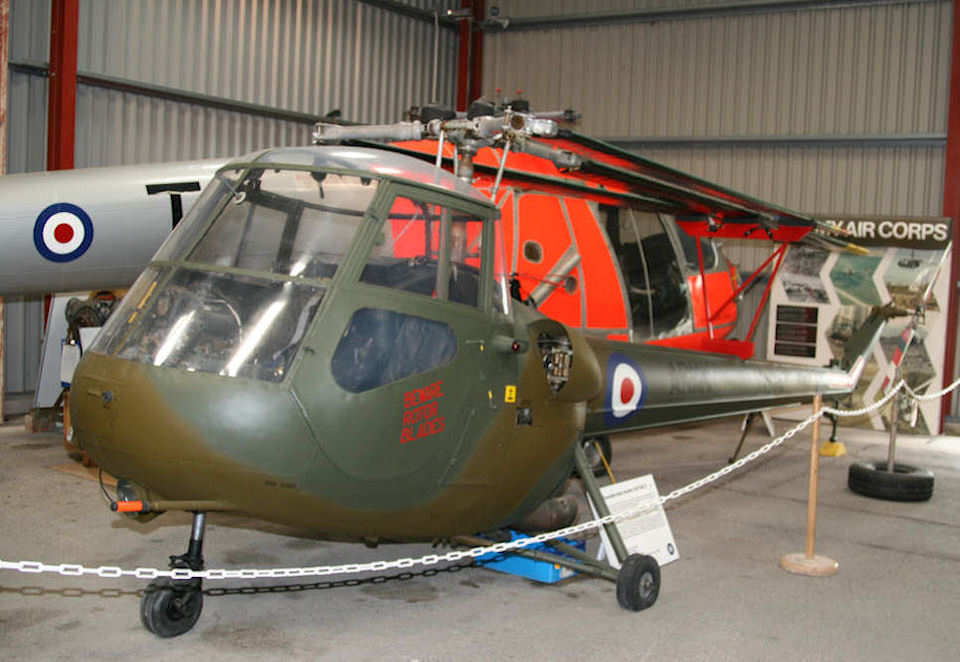 Note: The Skeeter was the first helicopter in service with the British Army Air Corps. It was designed to replace fixed wings in the observation role, and be transportable on a standard Army 3-ton truck.

Details: The origins of the Skeeter go back beyond Saunders-Roe to the Cierva Company which designed and built the Skeeter prototypes during quiet periods in the development of their giant Air Horse, using borrowed components wherever possible to minimise costs.

During the early 1950s, the British Army became interested in the potential use of compact helicopters in the observation and aerial observation roles. In 1953, there was a requirement issued by the British Ministry of Supply which sought for a low-cost two-seat helicopter, which would be suitable for reconnaissance, casualty evacuation and training duties. This specification was considered to be quite demanding, calling for it to be capable of high speeds and quick climb rates even under tropical conditions. The rotorcraft was also required to be transportable on the back of a standard Army three-ton truck which significantly restricted the allowable size.

Following the take-over of Cierva by Saunders-Roe in 1951 the Skeeter was refined through a series of experimental prototypes. The British Army ordered 64 Skeeters and by 1956 it was in service with the Army Air Corps (AAC) as an Aerial Observation Post (AOP), in which it displaced the fixed-wing Austers. Although underpowered and somewhat primitive, with the heavy Gipsy engine and fabric-covered wooden main rotorblades, the Skeeter enabled the AAC enter into the helicopter world and it survived in operational service until the mid 1960s.

This example initially served with No.651 Sqdn. Advanced Helicopter Flt. at Middle Wallop from 1959-64 and was then issued to No 656 Sqdn with the BAOR (British Army on the Rhine) in Germany. Here it was allocated to the Regt. Air Troop 9th/12th Royal Lancers and based at Munster with 5 Flt/1 Wing. On its last operational sortie in September 1967 the engine failed on final approach and the helicopter was force landed undamaged on a football pitch