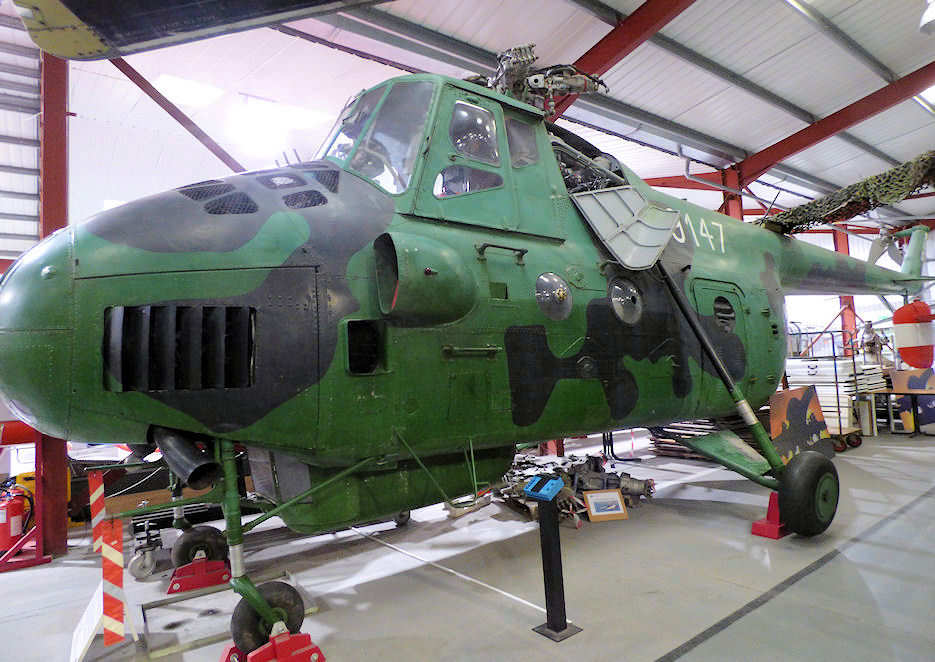 Note: Russian answer to the S-55 (Whirlwind) helicopter. Over 3000 were produced. This one from the Czech Air Force was the first Russian military helicopter in a UK museum when it was acquired in 1992.

Details: Following the American use of S-55 helicopters to carry assault troops in the early stages of the Korean War, Stalin ordered his designers in October 1951 to produce a similar helicopter within 12 months. Mil flew the first Mi-4 in May 1952, and the type entered service with the Soviet Army in mid 1953.

The Mi-4 became the standard assault troop helicopter for the Russian military and several allied governments until it was superseded by the turbine Mi-8 in the 1970s, although some countries, including Albania and China, were still operating the type in the 1990s. Other Mi-4s operated in an armed close support and anti-submarine warfare roles. A civil version was also built and widely used on air routes to connect isolated communities. Production ended in 1968 after more than 3000 had been built.

This example operated with the Czech Air Force in the assault transport role, and became the first Russian helicopter in a UK museum when it was acquired in 1992.