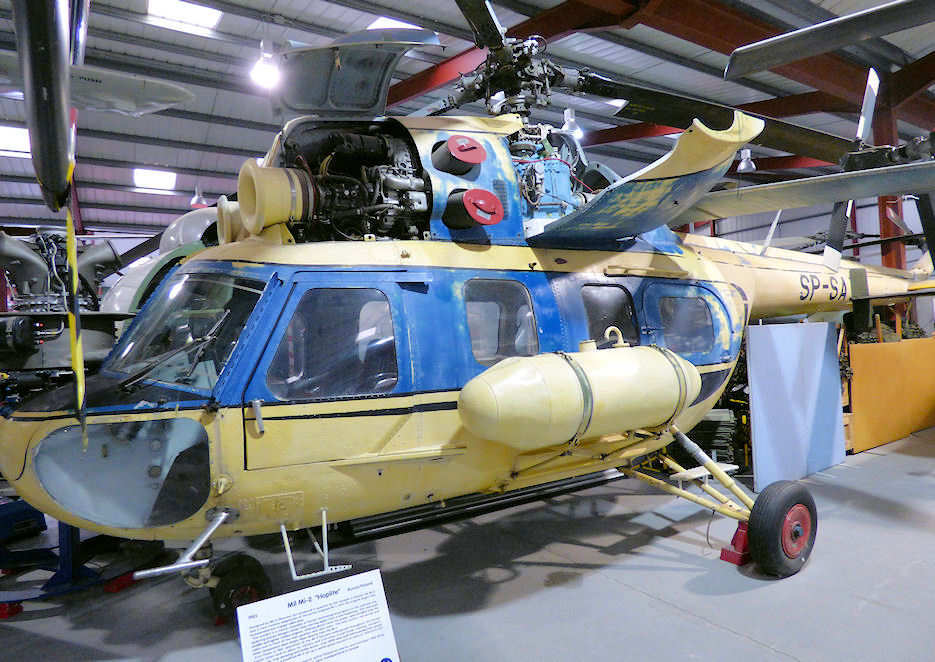 Details: Designed by Mil in Moscow, but produced in quantity by PZL-Swidnik in Poland, the Mi-2 was a twin-turbine adaptation of the piston-engined Mi-1, with the original engine bay incorporated into a larger cabin area.

The exhibit is a classic example of Soviet technological progress in the cold war era, updating proven designs rather than starting again from a new beginning. The two much smaller and lighter turbine engines, offering almost twice the power, were installed atop the cabin roof in front of the main gearbox and rotor mast. The rotor system, tail section and other components were simply taken directly from the Mi-l.

First flown in 1961, operation of the Mi-2 became widespread throughout the former Soviet Union and its allies for military and civil roles, in particular training, transport, ambulance, crop-spraying and similar duties. Over 3000 were built before production ceased in 1995. In 1963 a modified Mi-2 set up a world speed record in its class of 254 km/h (157 mph).

This example was operated mostly within Poland on charter work between 1985-95 by a commercial subsidiary of PZL-Swidnik, Zeus, headquartered at Swidnik.