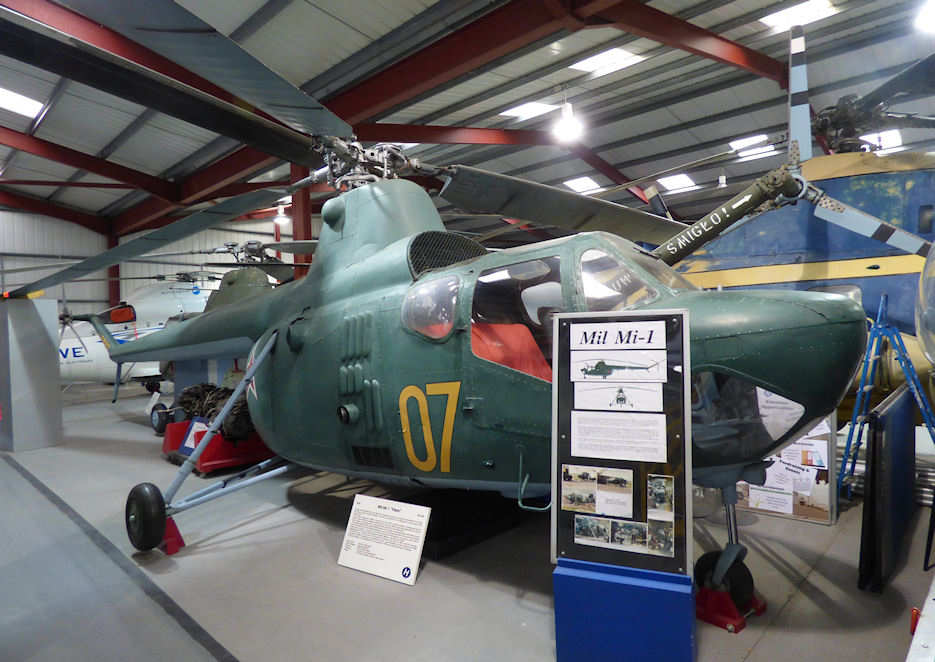 Note: Polish built Mi-1 which was the first Russian helicopter to enter large-scale production with 3,500 built.

Details: Designed by Mikhail Mil, who had been involved previously in autogyro development at TsAG the state aviation research facility, the Mi-1 was Russia's first helicopter to enter large-scale production.

First flown in Moscow in 1948, it entered service in 1951 for light transport, training and rescue duties. Some 3500 eventually entered service with the military and civil organisations in Russia and its allies, continuing until it was replaced by the Mi-2 in the 1970s-80s.

The design followed the typical 1940s layout of its Western contemporaries with fabric/wood main rotor blades but with detail differences such as a horizontal rather than vertical-mounted radial piston engine. During the Cold War all Russian helicopters were given code names beginning with the letter H by the Western NATO alliance: the Mi-1 was 'Hare'.

Production was transferred to PZL Swidnik in Poland as the SM-l in 1955 and this example was built in 1959 for delivery to the Polish Air Force. Used primarily for pilot training from 1962 to the late 1980s, if was delivered to the museum in 1993 and restored in Soviet markings.