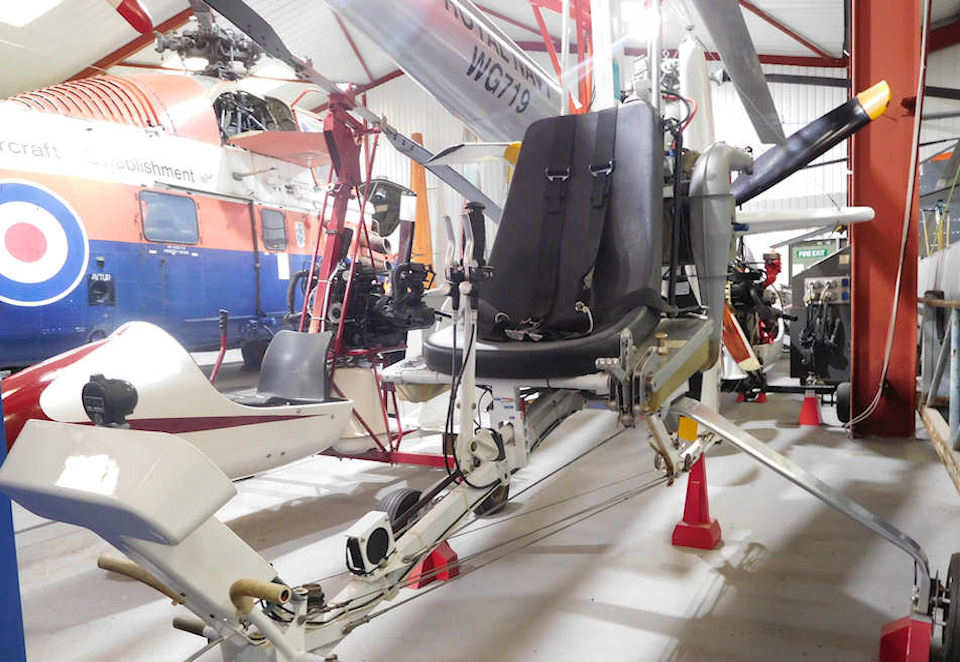 Details: The Hornet Gyroplane was designed and developed by engineer Richard Husband as a private venture between 1997-2003 at Rivelin, Sheffield.

The design incorporated the latest ideas and technology, aimed at improving the performance and handling limitations of the current light autogyros availible on the market. These ideas included some composite components, a three-bladed airscrew and an improved main rotor system. In particular his design for a pre-rotator gearbox, to spin up the main rotor, was intended to provide a near vertical 'jump' takeoff capability. The larger than usual tail unit was to counter the rotor torque during this event.

The Hornet is known to have flown on several short hops during taxiing trials at Rivelin in June-July 2002. Following these initial tests Husband began to investigate installation of a four-bladed propeller and other design refinements, but development ended with his death in April 2003.

The airframe and related material were subseqently donated to The Helicopter Museum by his family and arrived at the museum in November 2004.