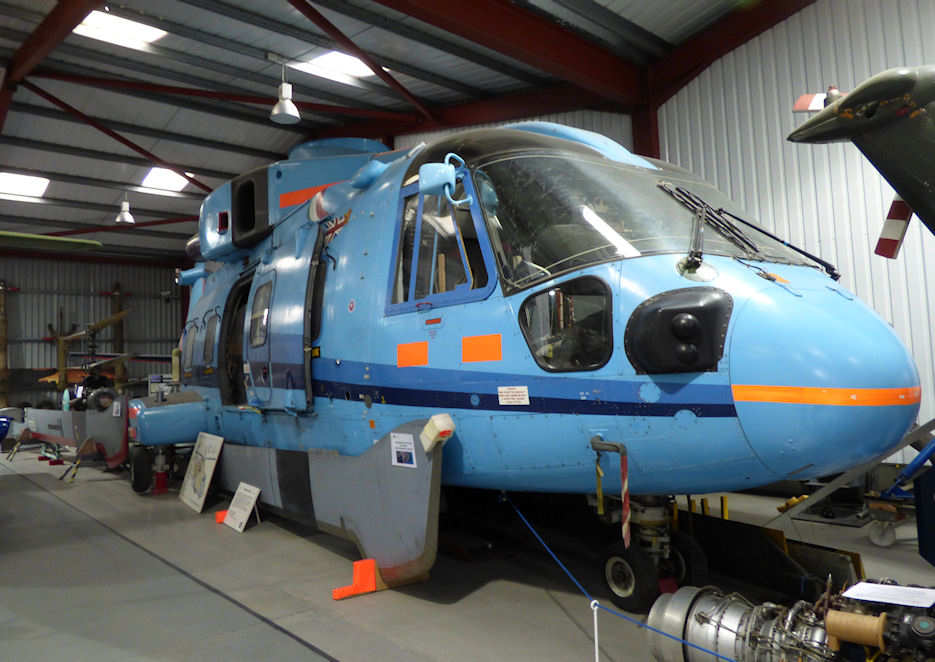 Note: Prototype of the EH101 which as the AW101 Merlin is in service with the Royal Navy, RAF and various overseas customers.

Details: Following a common need to replace the Sea King and similar Sikorsky-based S-61 helicopters operated by the UK and Italian military since 1962, Westland and Agusta formed a joint company EH Industries in 1980 to develop a multirole successor.

The EH101 first flew in 1987 and was developed in naval, utility and civil transport versions using new fail-safe technology, composite materials and avionics systems. The three engines and powerful main gearbox enabled the helicopter to continue a vertical take off at full weight even with one engine stopped.

As the AgustaWestland AW101 'Merlin' it is in service with the Royal Navy, Royal Air Force, Italian Navy, with Canadian Forces as the CH-149 'Cormorant' and other customers where it replaced Sea Kings. Civil operators use AW101s in roles such as passenger and VIP transportation. A VH-71 'Kestrel' version was developed for US Presidential transport but the programme was cancelled.

This example in The Helicopter Museum is the third basic prototype, first flown in September 1988 configured as the civil variant, and was used for various trials including cold weather and icing tests, and development of a special anti-vibration system. It was retired from flying in 1999.