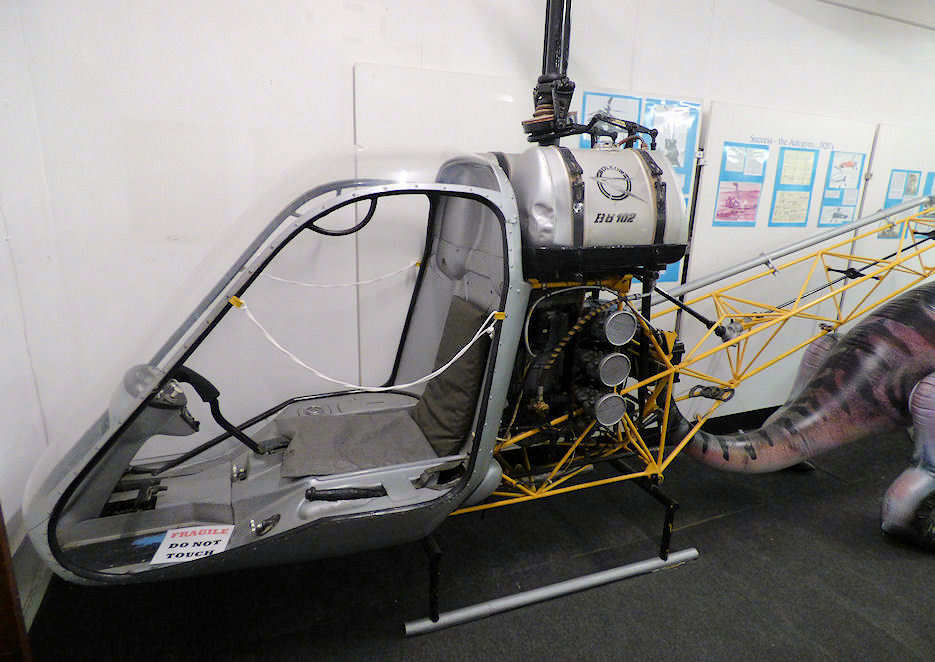 Note: One of only 18 built for pilot training, this unusual tethered design could only rise to a few feet above the ground. The instructor sat externally..

Details: The Bolkow Bo 102 held at The Helicopter Museum is one of only 18 built for the West German military is the early 1960's.

Developed by a team lead by Professor Ludwig Bolkow the Bo 102 was not intended to fly free and was usually mounted on a bolt-down base, with a hinged scissors unit to allow a limited degree of movement, and an external seat for the instructor.

This feature allowed the helicopter to rise to a height of 60cm (2ft), turn around a vertical axis and dip at up to six degrees, but prevented it from flying outside these limits.

The design of the Bo 102 was simple, but with some advanced features, in particular the use of reinforced fibreglass for the construction of the counterweighted single-blade main and tail rotors.

Lightweight composites were also used in the manufacture of the single-seat cockpit which was attached to the steel tube centre-section and tail boom.

A later variant, built in prototype form only, was fitted with an 82hp Agusta power plant and a free-standing skid undercarrage as the Bo 103. This aircraft carried out limited flight trials in 1961-62.