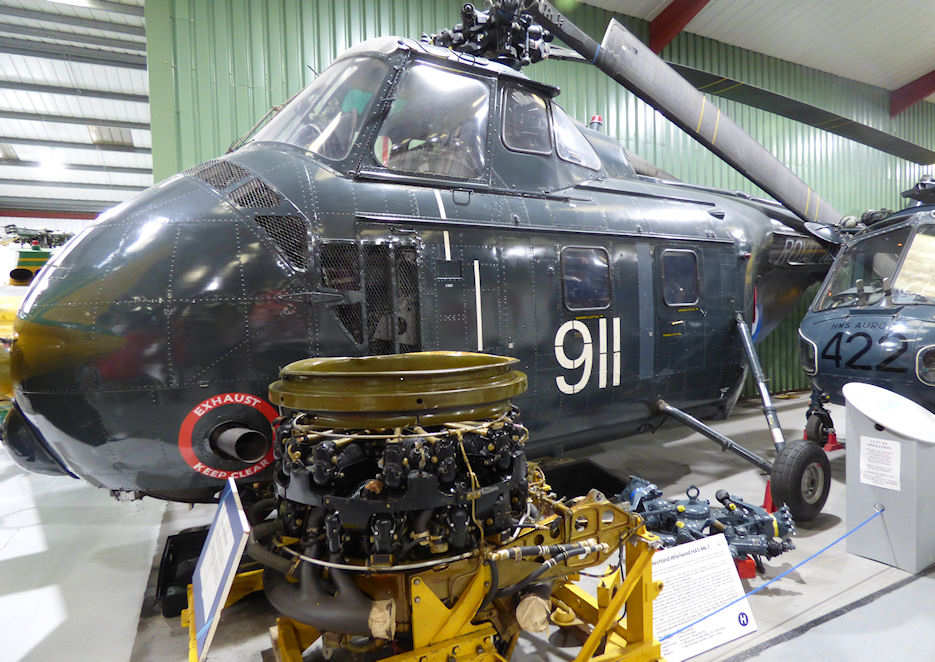 Details: The Whirlwind was a British development of the Sikorsky S-55 which was first flown in the USA in 1949 and entered widespread military and civil service as a transport and utility helicopter.

Following a licence agreement, Westland produced a number of S-55s for various customers before installing a more powerful British radial engine and introducing the Mk.7 anti-submarine warfare variant for the Royal Navy.

This featured a raised cabin floor to make space underneath for a torpedo bay and other ASW modifications. Weight limitations meant that the Mk.7 operated in pairs, one detecting the submarine and one carrying the torpedo to attack. Prolonged hovering at maximum power resulted in frequent engine and clutch failures over the water, and the type was eventually replaced by the larger and more powerful Wessex. The Mk.7 was however used successfully in the commando assault and training roles until 1976.

This example (XK940) initially served with No.845 Naval Air Squadron, Royal Navy in the anti-submarine and rescue role on the carriers HMS Bulwark and Centaur until 1960. It then joined No.824 NAS on HMS Ark Royal and Centaur, followed by service with No.825 NAS on HMS Victorious, and then, from 1962, was with the Station Flight at Culdrose and Nos.705 Sqdn. and 771 Sqdn. Retired in 1971 it was later privately restored to airworthiness in 1991.