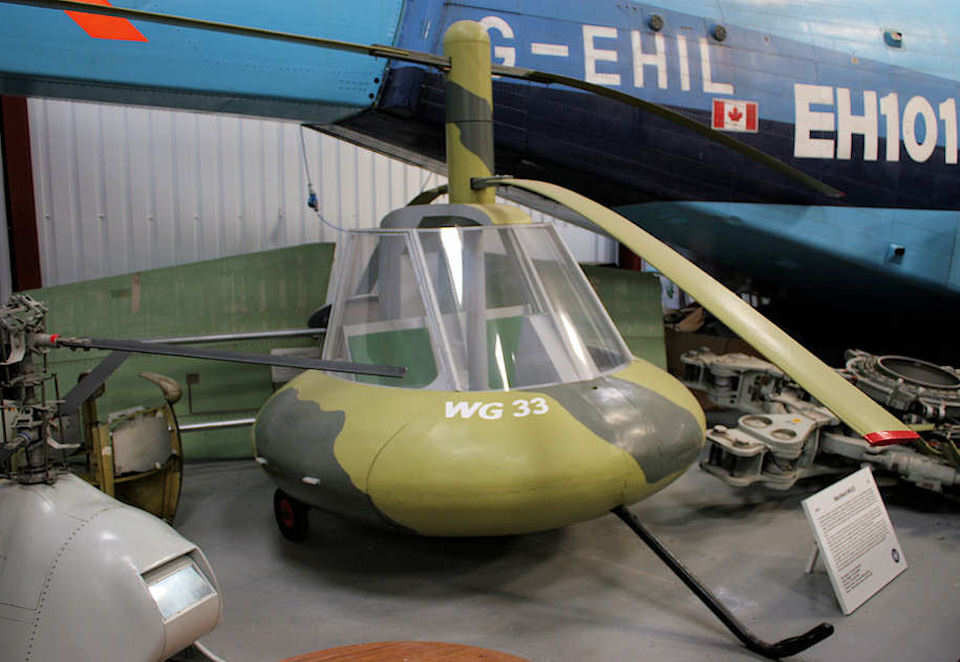 Note: Full-scale mock-up of proposal but development was abandoned in 1979.

Details: The WG33 project was an attempt to capitalise on the much smaller WG.25 remotely-piloted helicopter programme, scaling up the basic concept to provide a two-seat light helicopter for military and civil use. This followed a survey which suggested that larger, conventional helicopters often flew with only two persons on board, and there was a demand for a much simpler aircraft that could be produced in quantity at low cost.

By using a coaxial contra-rotating rotor, fly-by-wire controls, and an automatic flight control system, with the structure built around a central spine and a very light woven-fibre outer shell, the design team drew up a helicopter much smaller and quieter than conventional two-seat designs. The target price was under £30,000.

Initially the project concentrated on the military market, where there was a requirement for Army units wanting an aerial observation platform without the need for highly skilled pilots. For this use the WG33 was designed to carry two soldiers, with their personal weapons. Both the British and US armies showed some interest, but no prototype was built before the idea was abandoned in 1979. The project was then de-classified and this full-scale mock-up donated to the museum in May 1980.