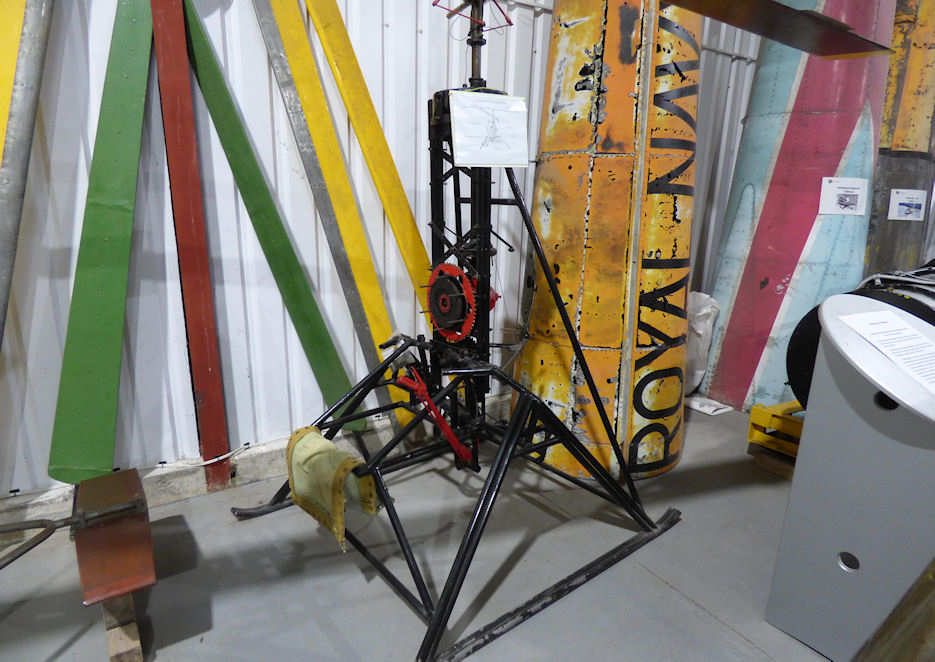 Many an amateur has attempted to design and build their own helicopter at home over the years and 41 year old John Murray of Salford, Manchester was just one such inventor. Murray's dream was a Helicopter that would fly 161 km ( 100 ) miles on 4.5 litres of petrol at a top speed of 96 km/h ( 60mph ) He estimated it could be mass-produced for as little as £200 (in 1954 currency).

A motor engineer by trade, his co-axial contra-rotating design followed the basic principles and used a motor-cycle engine and transmission to drive the rotor system. Unfortunately he failed to notify the Air Registration Board to ensure the construction met airworthiness standards. As a result, after three years of part-time work at a cost of 'more than £1,000', he was refused permission to fly his invention after he completed it in early 1954. Undeterred he appealed the decision and was given a three month exemption in May 1954 to test the helicopter, provided it was securely tethered to the ground and restricted to an altitude of not more than 3 m (10 ft).

Spurning suggestions that the first flight should be carried out by a qualified helicopter pilot, Murray insisted he would carry out the tests and planned to take it to Barton Aerodrome in late June to begin the flights trials. Unfortunately at the first attempt, still in the confines of his garage, it failed to take off. Eventually abandoned, the aircraft was later donated to a local group of aviation enthusiasts for preservation less the engine and some other original components. Put into storage in the Manchester area it was later donated and transferred to The Helicopter Museum in the early 1990s