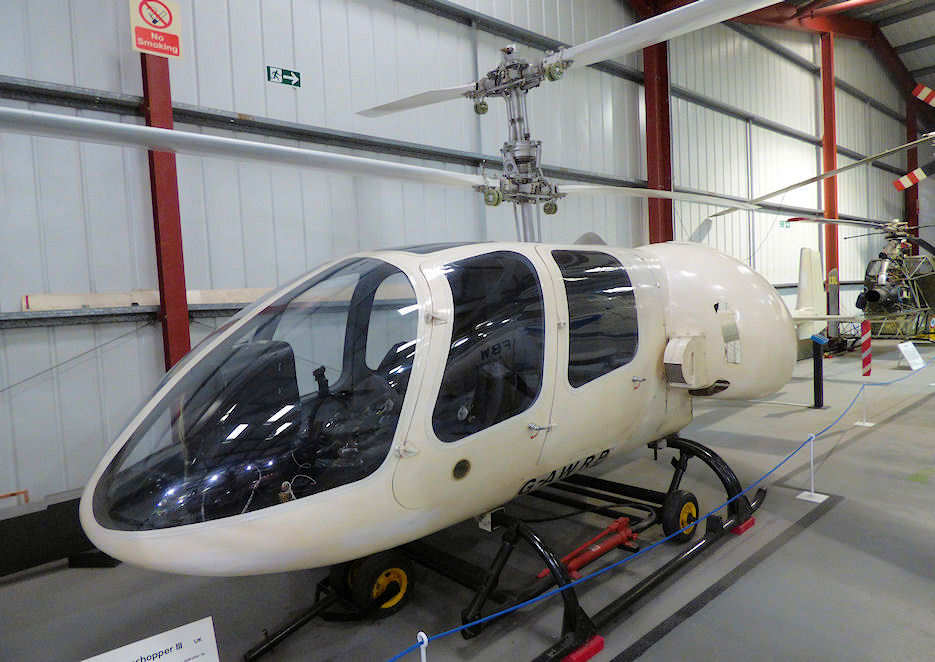 Note: The Grasshopper had two engines, advanced composite construction and coaxial main rotors requiring no tail rotor. This was the only one completed.

Details: The Grasshopper III was an unusual helicopter, designed with coaxial rotors, no tail rotor and two engines to overcome perceived safety concerns in the late 1960s.

The co-axial contra-rotating main rotor cancelled out the usual torque problems, but the designer also cut the distance between the upper and lower rotors to only 68.5cm (27in) to reduce drag and height. The fuselage was an early example of modular, composite construction.

This example (G-AWRP) was the only complete Grasshopper lll built. It was flown in June 1970 and displayed at the 1970 Farnborough Air Show. The aircraft was last flown in October 1971. Development was abandoned in the early 1970s following the death of a major sponsor, Air Commodore James Weir, who had financed the Cierva Company since the 1920s.