Volunteers at the Helicopter Museum in Weston-super-Mare have started work on a new major restoration project, a Piasecki H-21 “Flying Banana” tandem-rotor helicopter originally built in Philadelphia in 1956 and recovered in 2016 from a college in France after a long career with the French Army Air Force. 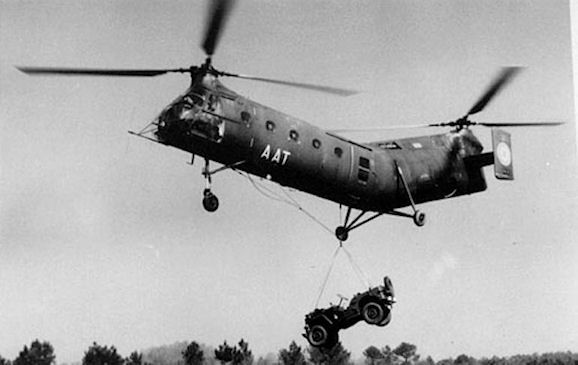 The world’s first tandem rotor helicopter to enter widespread military service, the H-21 followed the experimental XHRP-1 which introduced the unusual kinked fuselage which allowed the two rotors to safely avoid the risk of the blades colliding and placed the heavy piston engine on the centre of gravity. First flown in 1952 the prototype was soon followed by production for the US Army, with the first of 334 aircraft delivered in September 1954 and subsequently participating in the early stages of the Vietnam War.

At this time France was also involved in conflict, notably in its own Indo-Chinese colonies and in Algeria, where the National Liberation Front was seeking independence. Consequently the French government ordered 98 H-21s to provide an assault transport capability and the museum example was one of these, shipped direct to Algiers in April 1957. Serialled FR41 it served with both the Army and the Marines until 1962, when it was shipped to France and the Army Air Force training school at Dax. Here it continued in service for a further six years before being withdrawn from use and sent to an Army firing range near Toulouse.

Over the next decade FR41 slowly decayed in the middle of the range until in October 1981, it was rescued by Centre d’Etudes et de Loisirs Aerospatiaux in Grenoble. Here students attempted a partial restoration and converted the cabin into a mini cinema, but downsizing in 2015 meant that this rare and historic helicopter had to go. Fortunately the Helicopter Museum already had a good relationship with the College and was quick to add the H-21 to its collection when the offer was made to transfer ownership.

Chairman of the Helicopter Museum Trustees, Elfan Ap Rees, who researched the history of FR41 and organised the transfer said, “This is a very rare helicopter and the only example of an H-21 in the UK. Whilst a full restoration is unlikely because of the cost and missing parts, it is certainly possible to restore the aircraft to show off its colourful history and early tandem-rotor technology, that eventually led to the Boeing Chinook of today.

Arrival at The Helicopter Museum 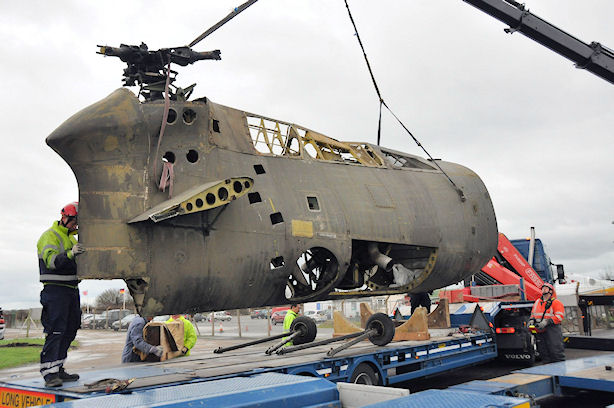 The 'Fying Banana' arrived from France in February 2019 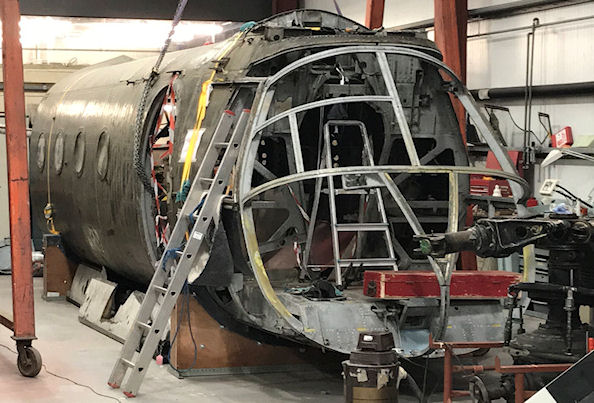 Work starts on the Fuselage


Press Release about the Restoration