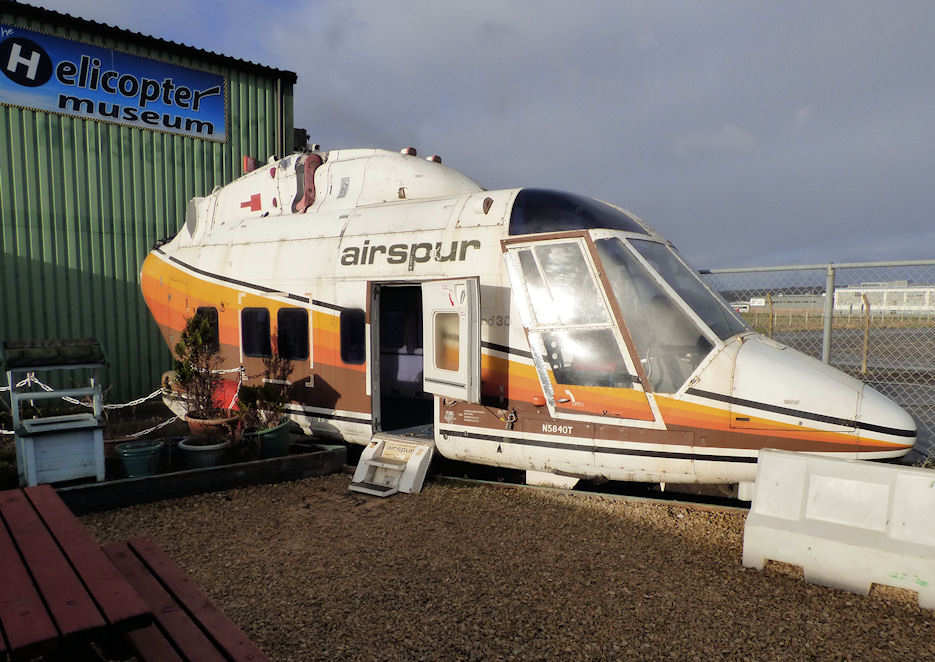 Details: The WG-30 was a concerted effort by Westland to enter the civil helicopter market, using the engines and rotor system of the Lynx to save development costs, married to a new boxy fuselage able to carry 17-20 passengers.

N114WG is on display outside The Helicopter Museum in Airspur colours at part of the children's playground.